7 Best Cities for Healthcare IT Jobs

If you're an IT professional working in healthcare, finding a great city where you can live and work is essential. However, when choosing a city, you should also consider what your salary might be, as well as what you enjoy doing in your free time. We've compiled some of the best cities for healthcare IT jobs, chosen for their salaries, number of jobs, and expected growth in the IT sector.

Read on for the best cities for healthcare IT jobs!

7 Best Cities for Healthcare IT Jobs

In the last few years, Music City has also become a healthcare hub, with over 250,000 jobs added to the area. In addition to the abundance of music venues, restaurants, and cool neighborhoods to explore, Nashville is one of the fastest growing cities and is a great place to grow your healthcare IT career. Nashville is a thriving community for young professionals and according to Livibility, is ranked number 36 on the list of 50 best cities for entrepreneurs. Locals enjoy catching Predators hockey games, visiting local breweries, and spending time in Nashville's many parks and greenspaces.

If you're considering Nashville, look for positions like business analyst, systems design, interface developer, and other EHR-related jobs. There are also jobs available working at one of Nashville’s many universities, including Vanderbilt, Belmont, Lipscomb, Tennessee State University, and more.

Learn more about IT opportunities in Nashville

If you love warm weather and healthcare, Jacksonville could be the perfect city for your IT career. Home to the Mayo Clinic, which is one of the best hospitals in the country, as well as nationally regarded research centers, a thriving pharmacy industry, and a plethora of museums and cultural centers. Jacksonville also is a hub for golfing, and its location on the ocean makes the beach and watersports a draw for locals and tourists. With more than 500 neighborhoods to choose from, Jacksonville has something for everyone.

Look for positions in every sector of healthcare IT and pharmaceuticals if you're considering Jacksonville.

Learn more about IT opportunities in Jacksonville

Home to over 21 colleges and universities, as well as a thriving population of working adults, it’s no surprise that Boston makes the list for best cities for healthcare IT jobs. In addition to hospitals like Massachusetts General, Brigham and Women’s Hospital and Beth Israel Deaconess Medical Center also support a large staff, including IT professionals. While the cost of living is a little on the higher side than the other cities on this list, the chowder and baseball make up for it.

Java developers, level III helpdesk support, analysts, and database developers and administrators are particularly in high demand in Boston, so if you have skills in those areas, Boston could be a great fit.

Learn more about IT opportunities in Boston

While the winters may be intimidating, Minneapolis is a fast-growing center for healthcare IT professionals, as many companies have relocated to save on costs. It’s also been ranked as one of the best cities for women in tech. In addition to the abundance of outdoor activities and beautiful lakes, Minneapolis has a thriving art scene and is also known for its excellent coffee. Prince was also a Minneapolis fan, claiming to like it more than Hollywood.

Learn more about IT opportunities in Minneapolis

In addition to being a technology epicenter, San Francisco also boasts a booming healthcare industry with a number of large hospitals, clinics, and university medical centers. It’s also an incredibly diverse city, with outdoor activities, cultural events, and more. San Francisco also offers a number of niche museums, bookstores, and historical monuments to explore. Other interesting attractions in San Francisco include Ghiradelli Square, the botanical gardens, Chinatown, and Little Italy.

App developers are particularly in demand in San Francisco, as well as analysts and database developers with skills in cloud-hosted consumer IP built-ins. Additionally, healthcare analysts are needed.

Learn more about IT opportunities in San Francisco

Known as the “Research Triangle” because of the number of scholarly institutions in the area, Raleigh has up and coming source for healthcare IT professionals. Home to beautiful scenery and a number of museums as well, the Raleigh-Durham area is also home to the Duke University Hospital — one of the largest employers in the area. In addition to a budding wine and restaurant scene, Raleigh has been hailed as an up-and-coming tech hub, and in fact, tech startups have been a 40% increase between 2010 and 2015 alone.

Project managers, business analysts, helpdesk and java and .NET developers are particularly in demand, as well as professionals with experience working in fields like medical research.

Learn more about IT opportunities in Raleigh-Durham

Our number one pick on our list of best cities for healthcare IT jobs is the city of Houston. The most populous city in Texas, Houston boasts a number of art and cultural museums, as well as the space center. In the last few years, Houston has become a hub for healthcare companies, as the relatively low cost of living and connection to the global markets make it an attractive place to start or run a company.

If you’re considering Houston, look for jobs in every aspect of healthcare IT, from business analyst positions to mobile app developers and database developers.

Learn more about IT opportunities in Houston

Here at Relode, we love matching IT professionals with great jobs. To find your fit, head here. 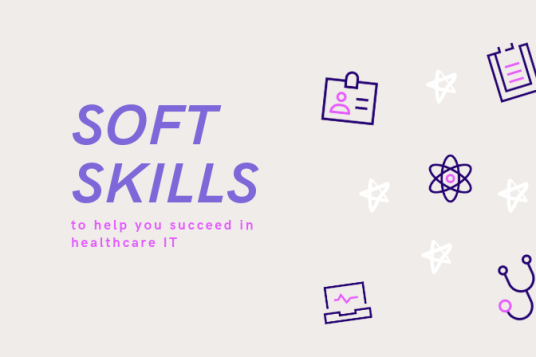 If you’re applying for healthcare IT positions , showing the employer that you’re a valuable hire should be at the top of your mind... 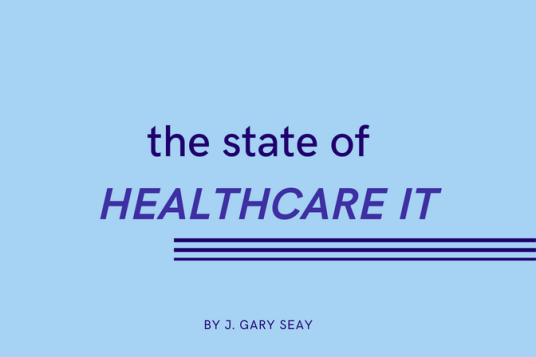 The State of Healthcare IT | Emerging Trends and Future Forecasts

Good news for healthcare IT professionals. Healthcare operators are emerging from the slog of record keeping by using electronic health...