10 Best Cities to Find Work as a Nurse

One of the best parts of being a nurse is there are jobs everywhere. Any city with people will also need hospitals and every hospital needs nurses. However, even if you have your pick of just about any city in the US, not every city is created equal. From taxes to cost of living to average salaries, there are a lot of factors to consider when choosing where to look for your next job. So, we’ve put together a list to help get you started of the 10 best cities to find work as a nurse.

The cities were carefully chosen by the following questions:

Redding is located in Shasta County at the northern end of the Sacramento Valley. The city sits conveniently in the middle of San Diego and Seattle. The weather averages around 46 degrees in the winter and 82.4 in the summer, making it a great place to live all-year round. As the largest city north of Sacramento, it is filled with some of the best retail, education, and professional services.

Shasta Regional Medical Center Shasta Regional Medical Center is dedicated to comprehensive care and treatment of cardiovascular disease. The institution has been earned national recognition as an Accredited Chest Pain Center and by the American Heart Association/American Stroke Association "Get with the Guidelines" annual performance award. As the only hospital in the state of California to receive The Joint Commission’s Certification of Distinction for inpatient diabetes care, this hospital has proven itself to be of an established high caliber.

Check out our open positions near Redding

Lawrence, Massachusetts is known as the "Immigrant City," a multi-ethnic and multicultural gateway full of rich culture. The Lawrence General Hospital is the largest and most well-known hospital in the area along with some other large healthcare companies. And in case you love the Red Sox, Boston is just twenty-five miles north.

Greater Lawrence Family Health Center This multiple location hospital was ranked among the top ten largest employeer in the Lawrence area. The GLFHC offers a challenging yet caring culture amongst their employees, ultimately striving to create a culture of support and flexibility.

Check out our open positions near Lawrence

Adventist Health Hanford Designed to provide the best place for a physician to care for a patient, Adventist Health strives to be the best place to work with integrity, compassion, respect and excellence. In 2014, it was in America’s Best 100 Hospitals, General Surgery along with the Joint Replacement Excellence Award, and Gastro Care Excellence Award.

Kaweah Delta Medical Center The largest hospital in Tulare County’s mission is to “to provide safe, high quality, customer-oriented, and financially strong healthcare services that meet the needs of those we serve.” It’s been accredited as a Center of Excellence in Minimally Invasive Gynecology (also known as COEMIG) and in Robotic Surgery by the AAGL and Surgical Review Corporation. Also, in May of 2017, Kaweah Delta Health Care District received the American Heart Association/American Stroke Association’s Get With The Guidelines®-Stroke Gold Plus Quality Achievement Award.

Check out our open positions near Hanford

Worcester is the second largest city in New England and is under an hour from Boston, Providence and Hartford. The town is medium sized, but comes with all the perks of a classic college town: awesome food and fun sites and shops.

UMass Memorial Medical Center Partnering with the UMass Medical School, they are the largest healthcare provider in Central Massachusetts. They are one of three Massachusetts hospitals to receive the highest level of recognition for excellence in development initiatives around organ and tissue donation awareness and registration.

Check out our open positions near Worchester

Speaking of college towns, Ann Arbor is the home to the University of Michigan and its medical center which employees the majority of the city. This midwest town situated right on the Huron River has cold winters, but a lovely summer.

University of Michigan Hospitals and Health Centers Michigan Medicine was named Best and Brightest ‘elite winner’ for employee recognition programs and currently ranks number 6 in the country by US News & World Report. The hospital was also awarded the highest institutional honor for nursing excellence! From groundbreaking and compassionate patient care to remarkable innovations, and advancement in medical education, Michigan Medicine has been on the forefront of medicine since the mid-1800s.

St Joseph Mercy Hospital Ann Arbor St. Joseph has a mission-driven culture, where nurses deliver patient-centered care that treats the mind, body and spirit of all those they serve. They have a strong focus on patient ratios and works with advanced technology.

Check our our open positions near Ann Arbor

Big cities not really your cup of tea? Well Chico, CA has a small-town feel with all the perks of a well-run big city. Located in the Northern Sacramento Valley of California, Chico is known to be “a vibrant regional center for business, recreation and cultural activities.”

Enloe Medical Centers The Enloe Medical center has 298-bed non-profit hospital with the mission of improving the quality of life of their patients through patient-centered care. It currently houses the region’s only Level II neonatal intensive care unit and operates the FlightCare air ambulance service and is one of the few California hospitals still locally governed.

Chico Surgery Center Chico Surgery Center is accredited by The Joint Commission and has a patient satisfaction score of 94%. The hospital’s main focus is to care for every patient and their family as if they were our own. Each patient, each family, each and every time​.

Check out our open positions near Chico

New Haven, CT is home to Yale University and is filled with fun events and museums around the university, and not to mention all the agricultural events. As the second largest city in Connecticut, it’s rich with history and culture.

Yale New Haven Hospital Regularly ranked among the best hospitals in the United States, the Yale New Haven Hospital is well recognized for its commitment to teaching and clinical research. In 2017 YNHH was named one of the Best Workplaces in Health Care for 2017 by Great Place to Work and Fortune and among the best in the nation for nine of its specialties. As a 1,541-bed private, nonprofit teaching hospital, NYHH is committed to innovation and excellence in patient care. With two main campuses, it is also the largest acute care provider in southern Connecticut and one of the major referral centers of the Northeastern United States.

Check our our open positions near New Have

Theaters, venues, sports, farmers markets, this old city has it all. The cost of living is higher than we’d prefer, but many say the pros outweigh the cons in this hub of the east coast. Go for a visit and see if you like the culture, lots of beautiful architecture and history for you to explore.

Massachusetts General Hospital As one of U.S. News & World Report's top five hospitals in the United States, the Massachusetts General Hospital is renowned for its high standards in patient care, education and research. MGH has been given the American Nurses Credentialing Center Magnet Hospital Magnet Recognition, an honor achieved by less than 7% of hospitals in the nation. Having received both the 2015 Foster G. McGaw Prize for Excellence in Community Service and American Stroke Association's Get With the Guidelines Gold Performance Achievement Award, this 999-bed medical center aims to serve approximately 48,000 inpatients and 1.5 million outpatient visits per year.

Brigham and Women's Hospital The Brigham and Women's Hospital began in 1980 after a merging of three of Boston’s oldest and most prestigious Harvard Medical School teaching hospitals. Today BWH is an international has a legacy of excellence and is recognizable as a leader in virtually every area of medicine as well as groundbreaking biomedical research. The institution’s 793-bed facility has been recognized by US News & World Report as one of America’s Best Hospitals for 23 years.

Check out our open positions near Boston

The third largest city in Minnesota, Rochester has been frequently recognized by Money Magazine, since the 1980's as one of the best places to live in the United States. “The mission of the City of Rochester is to provide a safe, attractive environment through the responsive, efficient, and cost-effective delivery of municipal services. The City will strive to enhance community pride by improving the physical, environmental, economic, cultural, and social quality of the community.” This city seems like a winner to us, if only you could get rid of the cold winters.

Mayo Clinic In 2017, Mayo Clinic made its 14th consecutive appearance on FORTUNE Magazine’s 100 Best Companies to Work For. In its service of over 100 years, the Mayo Clinic has been recognized for high-quality patient care more so than any other academic medical center in the United States. The Rochester campus itself has more number one rankings than any other hospital in the nation in a multitude of specialties. Employees of the Mayo clinic focus on a vision of putting the patient’s needs first and taking pride where their work.

Rochester Methodist Hospital As an affiliation of the Mayo Clinic, the Rochester Methodist Hospital became known as the Mayo Clinic Hospital, Methodist Campus in 2014. Home to a 794-bed facility, this campus's unique treatment areas include their Women's Cancer Program, and Intraoperative radiation surgical suite, Obstetrics and Gynecology, as well as specialized transplant programs for liver, kidney, pancreas and blood and bone marrow.

Check out our open positions near Rochester

Home of Duke University and North Carolina Central University, Durham, NC concludes our list. It’s warm and full of beautiful nature and parks, a wonderful place to raise a family and not too far from the beach.

University of North Carolina Hospital University of North Carolina Medical Center is a not-for-profit integrated healthcare system boasting an acute care facility of 830 beds. UNC is consistently voted one of the nation’s best hospitals and children’s hospitals and has received national recognition for the dedication of their employees. Since it was founded in 1952, the UNC Medical Center has been honored as a finalist for the coveted American Hospital Association-McKesson Quest for Quality Prize.

Check out our open positions near Durham

Where else would you add to the list? We’d love to know what your favorite cities are! 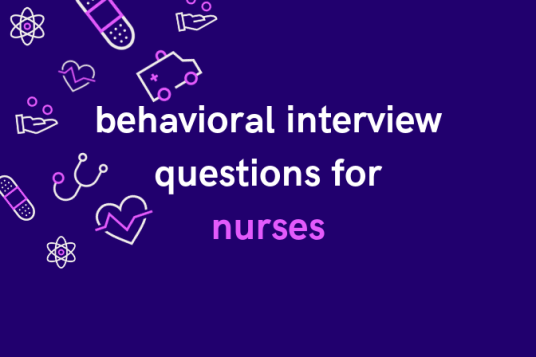 The behavioral interview questions below are great for nurses interviewing for healthcare jobs (to learn more about what it takes to land a... 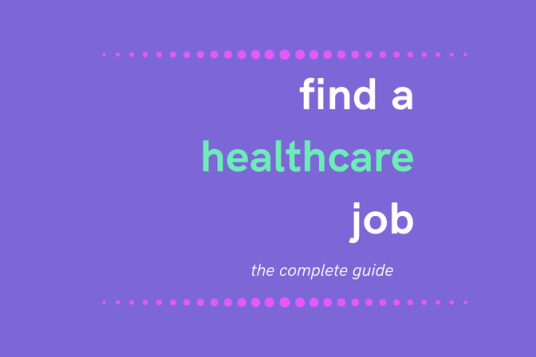 Whether you’re graduating from nursing school, rejoining the workforce after time away, or looking for a better career fit, searching for...